Olympia.The real-time disintegration into ruins of the Berlin Olympic stadium over the course of a thousand years

Schaulager hosts in 2017 David Claerbout’s project Olympia. The real-time disintegration into ruins of the Berlin Olympic stadium over the course of a thousand years. It is conceived to last for thousand years.

Stone by stone, David Claerbout has digitally reconstructed the imposing Olympic Stadium in Berlin. Since March 2016 the monumental building is subject to its disintegration in real time. The Belgian artist precisely calculated an aging process as it would transpire over the next thousand years. This temporal dimension of the project – extending over a millennium! – exceeds the human sense of time by far.

David Claerbout’s installation Olympia is a reflection on time and perception. The large two-screen projection allows visitors to experience the indifferent and unedited flow of time. Nothing much seems to happen on a superficial level, only a closer look reveals a subtle transformation of the building and the environment. The latter is influenced by the actual weather in Berlin: David Claerbout constantly integrates current weather data and the position of the sun into his digitally rendered stadium.

The original building was constructed during the Third Reich with its claim to a thousand years of dominance. In this context, David Claerbout also understands his installation Olympia as an attempt to juxtapose the decline of an ideological construct over time with the biological timescale of nature and the life expectancy of a human being.

David Claerbout (born 1969, Kortrijk, Belgium) is one of the most innovative and acclaimed artists working in the realm of moving images today, with his oeuvre situated at the intersection of photography, film and digital technology. 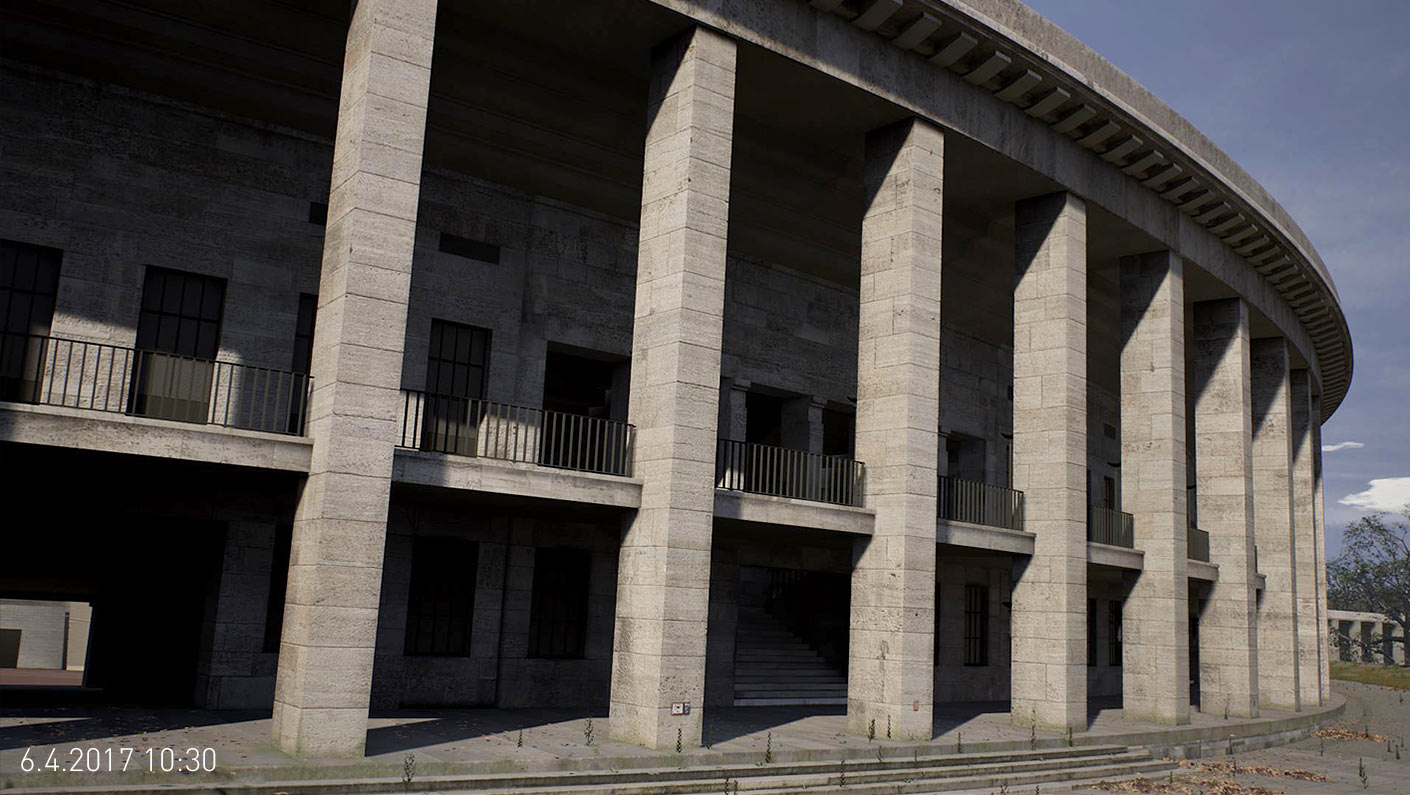 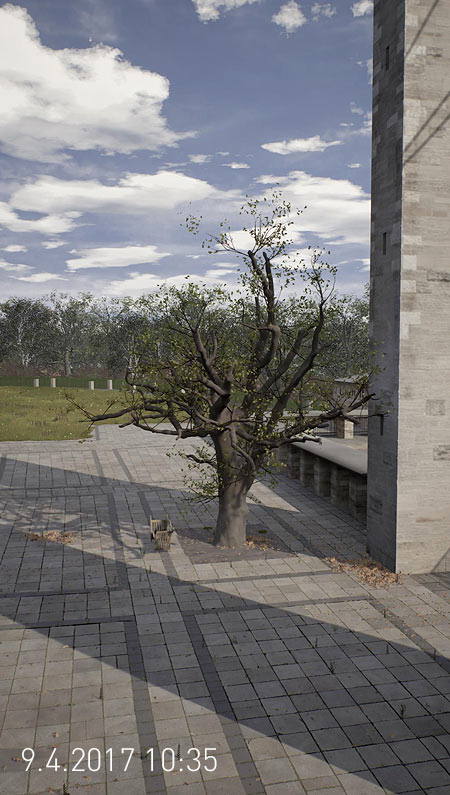 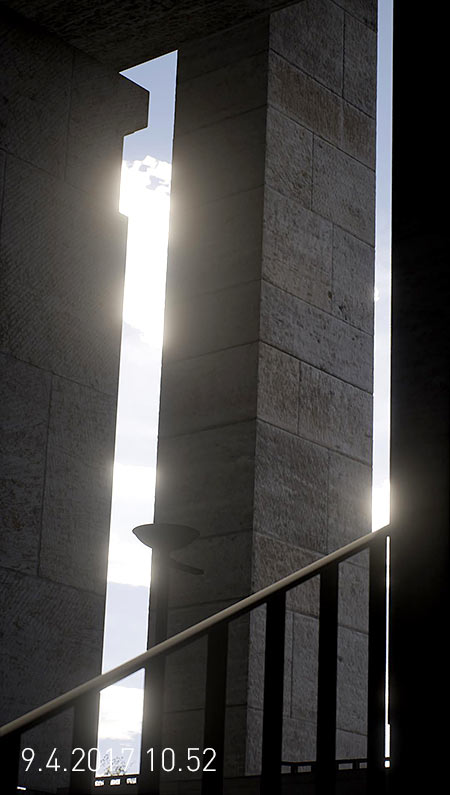 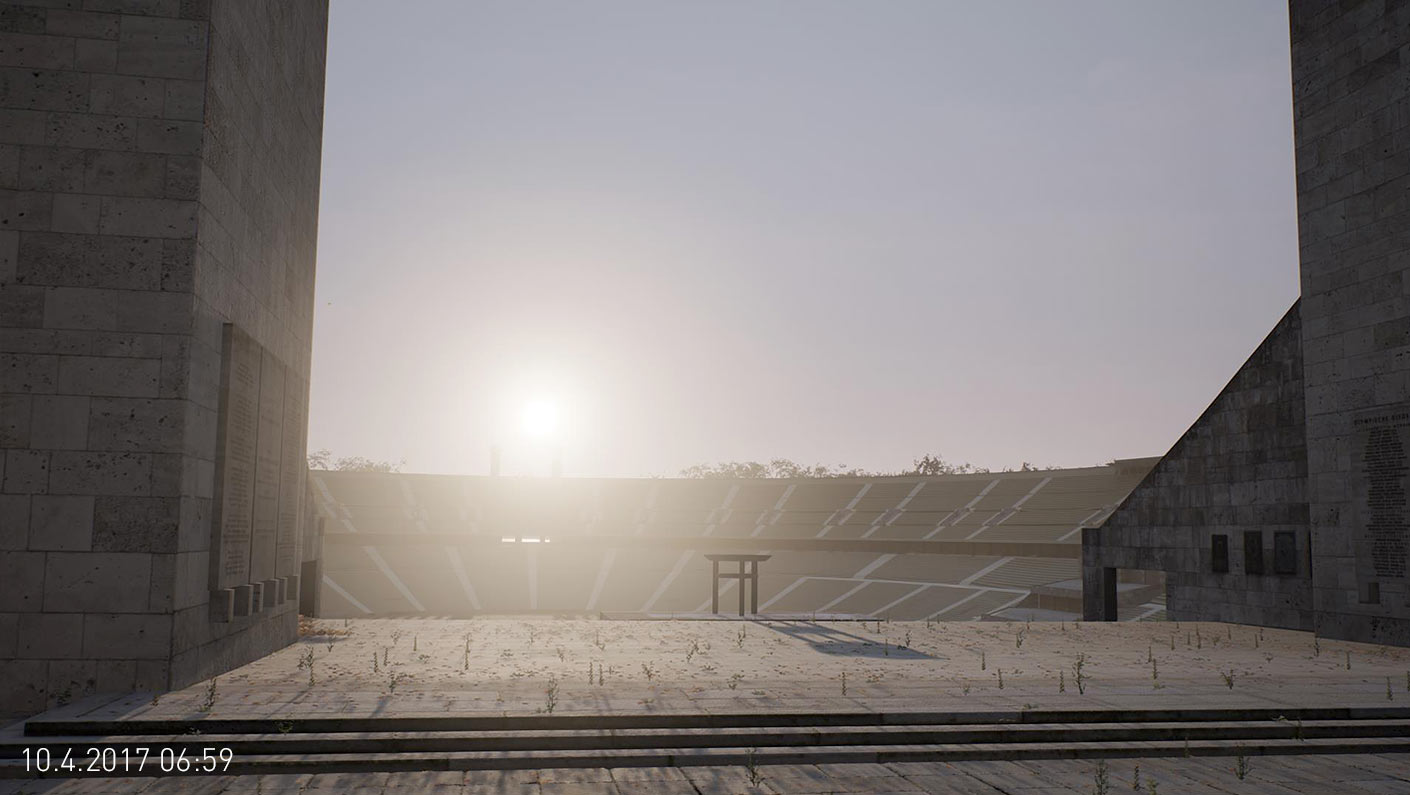 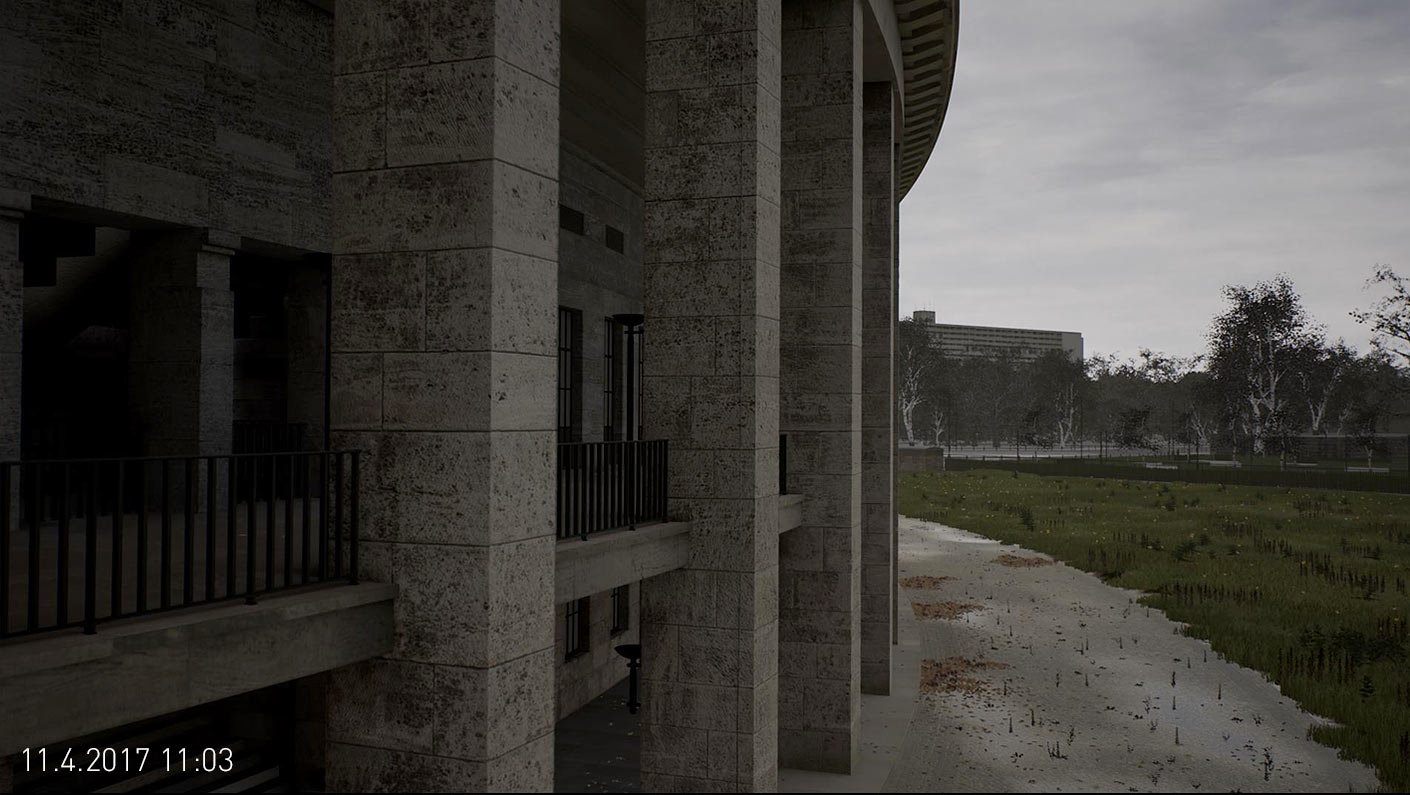 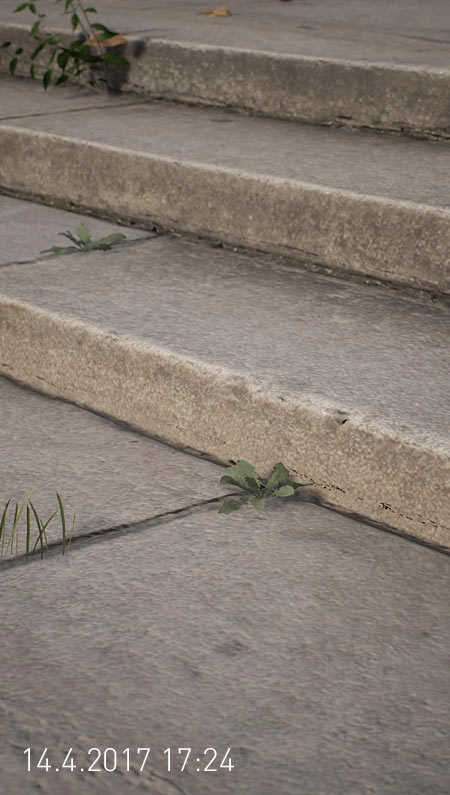 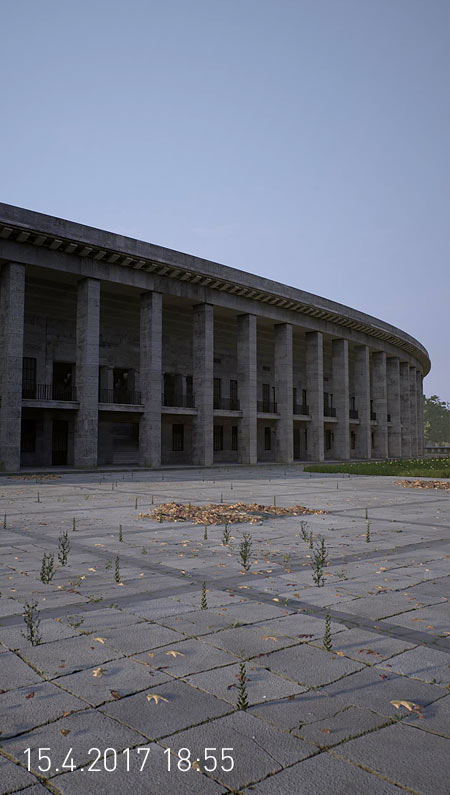 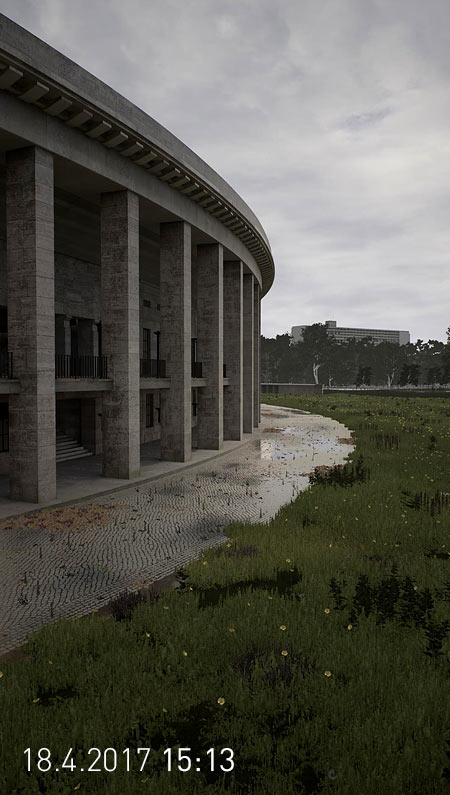 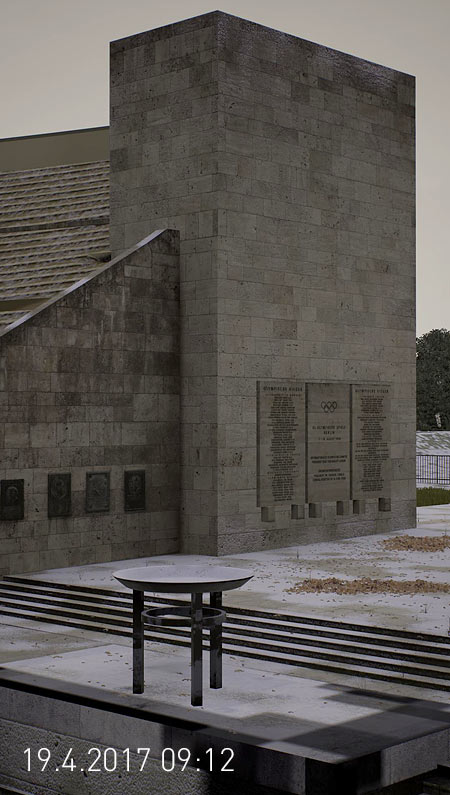 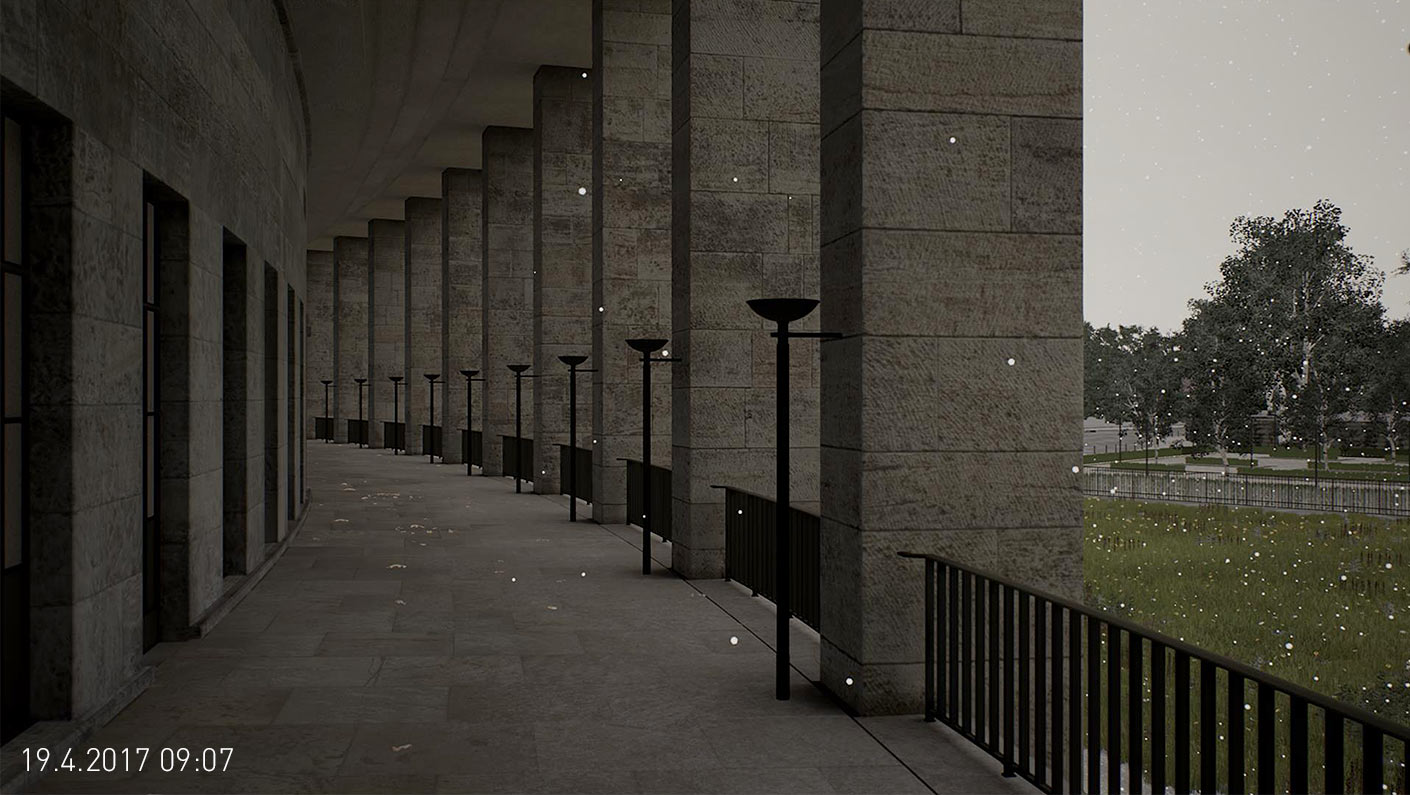 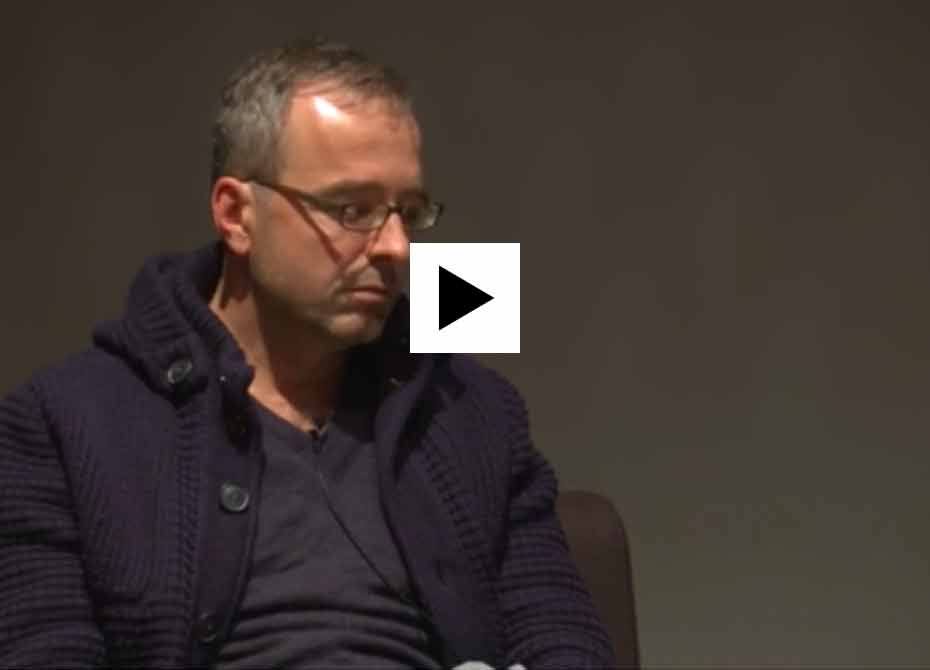