Conversations in the exhibition

Schaulager team in conversation with guests
Collaborators of the Schaulager team and of the art education team invite a number of guests to join a public dialogue about the exhibition, focusing on issues and themes relating Bruce Nauman’s oeuvre. The conversations take place every Thursday a 7 p.m. Duration: 45 minutes.The costs are included in the price of admission. Limited place available. Registration possible: +41 61 335 32 32.

Conversation with Christina Thurner, Professor of Dance Studies at the Institute of Theatre Studies, University of Bern, and Anna Francke, research assistant at Schaulager (in German)

The video performance Walk with Contrapposto (1968) plays a groundbreaking role in Bruce Nauman's oeuvre, and not just with respect to his use of corridors: Approximately five decades later, in the large-scale video installation Contrapposto Studies, i through vii (2015/2016), he revisits the contrapposto gait from his earlier, now iconic work, under different circumstances. This talk with Christina Thurner will explore Nauman's movement research, his repeated gestures and references to styles of dance from the 1960s to today through the lens of dance studies and the history of dance.

Conversation with Katharina Bochsler, Science Editor at Swiss Public Radio SRF and psychotherapist in the Federation of Swiss Psychologists (FSP), and Katharina Rüegg, art educator at Schaulager (in German)

Power, fear and violence – strength, sexuality and energy: For decades, Bruce Nauman has been working with topics that challenge observers and push their emotions to the limit. He experiments with our unconscious expectations and uses raw emotions to provoke our discomfort. Why does Nauman do this and why do we put up with his art?

Bruce Nauman not only uses the body as a model and a template, but actually also transforms it into a tool and material. As a performer, Zina Vaessen regularly re-enacts the piece Wall-Floor Positions by Bruce Nauman in the exhibition at Schaulager. In this conversation, Simone Flüeler talks to her about her personal interaction with his work and her performance experiences. The discussion will also provide an insight into other body experiences in the works of Bruce Nauman.

Conversation with Andrea Schneider, ophthalmologist and national dressage rider, and Susanne A. Kudielka, art educator at Schaulager (in German)

Bruce Nauman has lived as an artist on his ranch in New Mexico for many years. Part of a rancher’s day-to-day work is breeding horses and breaking in foals. In Nauman's video installation Green Horses (1988), the artist's work, influenced by performance, encounters his own body and his physical handling of horses when riding.

But how does a horse learn to follow directions from a rider? What role does the use of the body or leading by the reins play in the process? What is a rollback and what is the difference between riding dressage and western style? Susanne A. Kudielka talks with dressage rider Andrea Schneider in the exhibition about the subtle interplay of people and horses and the “disappearing act” of dressage.

Humour, irony, wit and absurdity have had a firmly established place in art since the age of modernism. René Pulfer, film and video art expert, discusses the comical aspects of Nauman’s film and video works and examines the artist’s approach in this context.

Conversation with Carmen Weisskopf from !Mediengruppe Bitnik and Andreas Blättler, head of art education at Schaulager (in German)

Surveil, monitor and observe yourself: When checking out Corridor Installation (Nick Wilder Installation) (1970) by Bruce Nauman, visitors unexpectedly encounter various images of themselves as they walk down the corridors. Using video cameras – a brand new technology back then – these images are broadcast in real time onto the monitors placed in the corridors. Today, in the digital age defined by social media, we encounter completely different settings and situations which invite or seduce us into surveillance or observation of ourselves and others. Carmen Weisskopf from !Mediengruppe Bitnik and Andreas Blättler take Bruce Nauman's work as an opportunity to discuss current topics regarding surveillance, monitoring and the appetite for unlimited visibility.

!Mediengruppe Bitnik is a group of artists composed of Carmen Weisskopf and Domagoj Smoljo, who work on and with the internet. They explore the digitalisation of many aspects of our lives, in particular the tension between the private and public realms. They use their interventions to engage with digital and urban spaces.

Conversation with Tabea Martin, choreographer and dancer, and Monika Kästli, art educator at Schaulager (in German)

The presentation of the body in motion and action plays an extremely prominent role in the works of Bruce Nauman. The studio is transformed into a stage on which Nauman’s conceptually designed performances are constantly based on simple, stipulated “rules of play”. In this conversation, Tabea Martin and Monika Kästli visit the 1968 video installation Slow Angle Walk (Beckett Walk), where they explore its specific movement vocabulary and the body image associated with it.

THURSDAY, 7 JUNE 2018, 7 PM
Sex and Death by Murder and Suicide and Plaster Steps – a comparison

Conversation with Dieter Koepplin, former head of the Kupferstichkabinett (Department of Prints and Drawings) at Kunstmuseum Basel (1967–1999), and Jasmin Sumpf, research associate at Schaulager (in German)

As the former head of the Kupferstichkabinett in Basel, Dieter Koepplin has followed the works of Bruce Nauman since the late 1960s. Along with the former director of the Basel Kunstmuseum, Franz Meyer, he was responsible for the early acquisitions by the Kunstmuseum. In 1986 he conceived a large-scale retrospective on Bruce Nauman’s drawing oeuvre, whose Basel debut was followed by showings in New York and other locations and which was accompanied by a comprehensive catalogue raisonné of Nauman’s drawings. In the current exhibition Dieter Koepplin and Jasmin Sumpf talk about the two sculptural works Sex and Death by Murder and Suicide 1985 and Plaster Steps 1997–1998. Certain groups of works by Nauman are so different from another that it is hard to find a common denominator – or so it seems. The works first and foremost want to be seen for themselves. The expectation of similarity and inability to find such may be due to the shortsightedness of the viewer. Our guided viewing seeks to put this hypothesis to the test.

THURSDAY, 31 MAY 2018, 7 PM
Photogenesis: resisting the photographic in the work of Bruce Nauman

Conversation with Peter Burleigh, Lecturer in English Language & Culture at the University of Basel and Aesthetic Theory at the HGK Basel, and Aïcha Revellat, art educator at Schaulager (in English)

Photography has experienced a somewhat stubborn embedding in the periphery of linguistic thought as the instrument that writes up, the pencil of nature so to speak. While Nauman largely abandoned photography from his work decades ago, it played an important part in his earliest period. Taking the history of photography as a point of departure, Peter Burleigh and Aïcha Revellat will examine Bruce Nauman’s photo“graphic” work, looking at the medium's output, which can be understood as a genetic process rather than a graphical representation. From the Wax Impressions of the Knees of Five Famous Artists (1966), past the Composite Photo of Two Messes on the Studio Floor (1967) to the First Hologram Series: Making Faces B (1968), they will investigate how Bruce Nauman has – almost! – consistently used this indexing medium against and despite its name, allowing it to generate rather than to represent.

When Bruce Nauman began using neon tubes as an artistic medium in the 1970s and 1980s, these were not among the classic materials of fine art. The ordinary seeming technology was associated with advertising, commerce and entertainment. The neon specialist Manuel Cota talks with conservator Marcus Broecker about the technical make-up of high-voltage neon tubes, how they work and the preservation of the highly fragile glass tubing.

Curses, lies, blunt commands. Viewers of Bruce Nauman’s works have to put up with quite a lot and are even rebuked with curse words: “Pay Attention Motherfuckers” reads one lithograph, for instance, while the sound installation Get Out of My Mind, Get Out of This Room (1968) features a snarling voice telling viewers to get lost. A number of sculptures and their political and socio-critical themes – violence, abuse of power and war – are also heavy stuff.
Toni Hildebrandt’s current research project investigates how global crises and disasters are represented and thematically addressed in art and film. In the exhibition Toni Hildebrandt and Lea Brun talk about the confrontation with these works by Bruce Nauman.

Lynn Hershman Leeson’s art deals with topics such as art and technology, identity or virtuality versus reality. The media artist talks about the bay area and its innovation centers settled in this region as well as about her personal approach to Nauman’s works. An exhibition of Hershman Leeson’s work is on view at the Haus der elektronischen Künste, Basel from May 3 – October 5, 2018.

Conversation with Pawel Ferus artist and art handler, and Yvo Hartmann, head of art handling at Schaulager (in German)

The imposing sculpture Leaping Foxes suspended, upside down from the ceiling, was especially created by Bruce Nauman for the exhibition at Schaulager. Pawel Ferus and Yvo Hartmann assisted the artist in the production and installation of the work in the exhibition space. As practising artists and art handlers themselves, they talk about this process, the various work steps and the collaboration with Bruce Nauman. 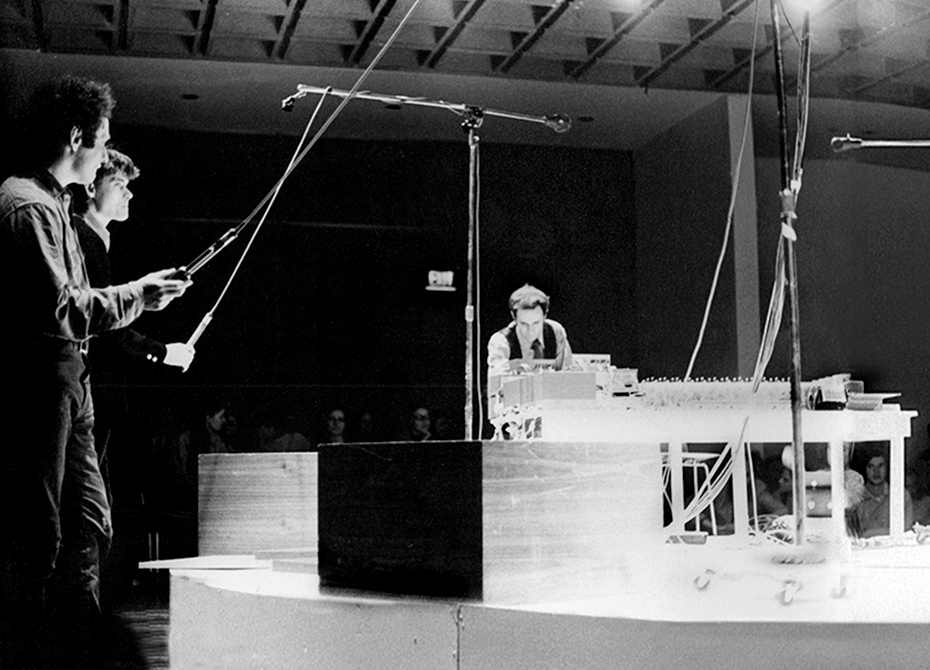 Pendulum Music, 1969 (Steve Reich) will be performed by artists and musicians based in Basel on 22, 23 and 24, June at Schaulager. 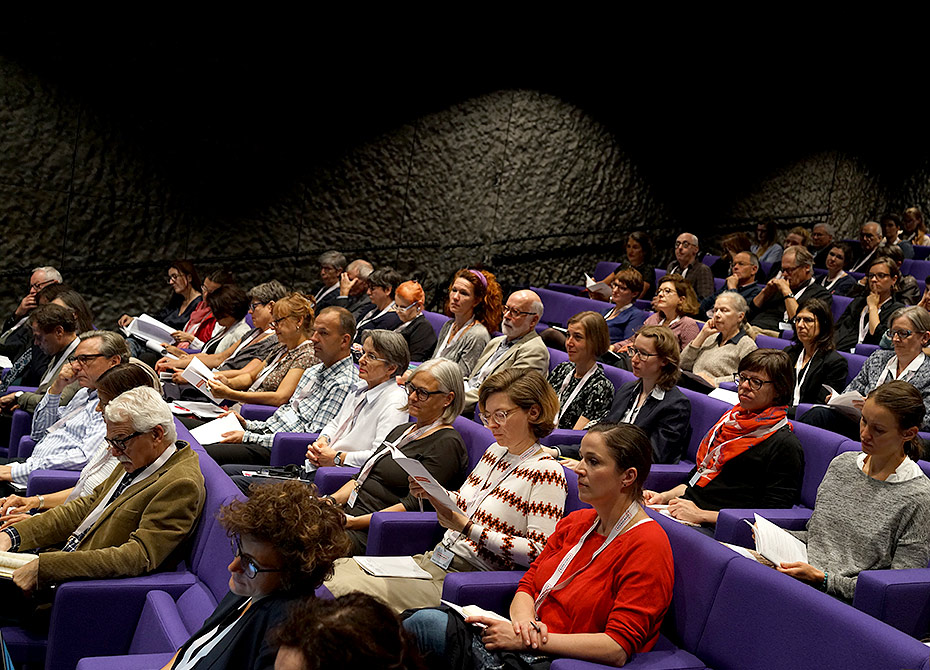 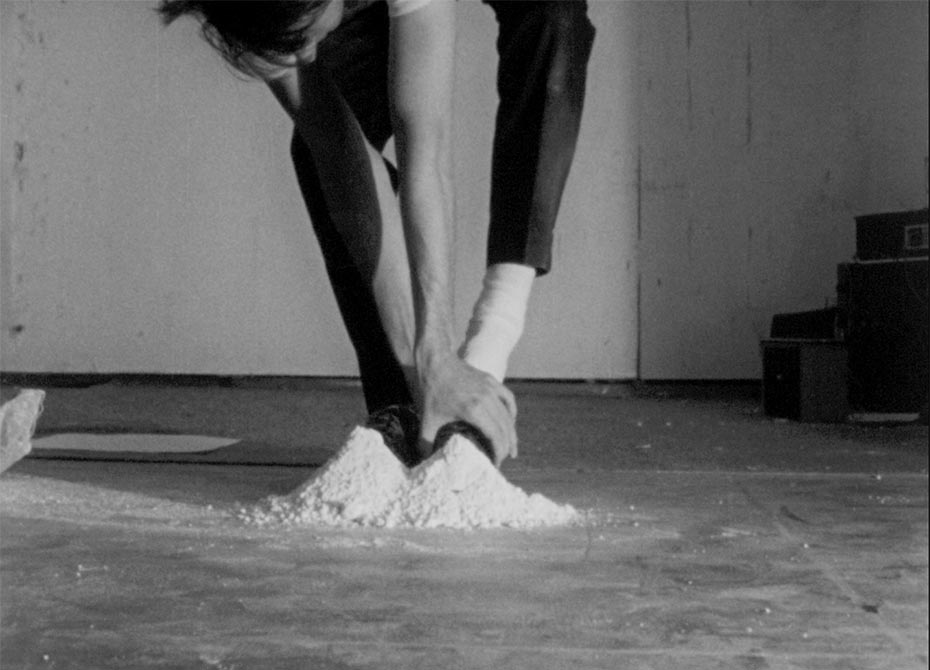 For the duration of the exhibition, films with and about Bruce Nauman will be screened every Sunday in the Schaulager auditorium. 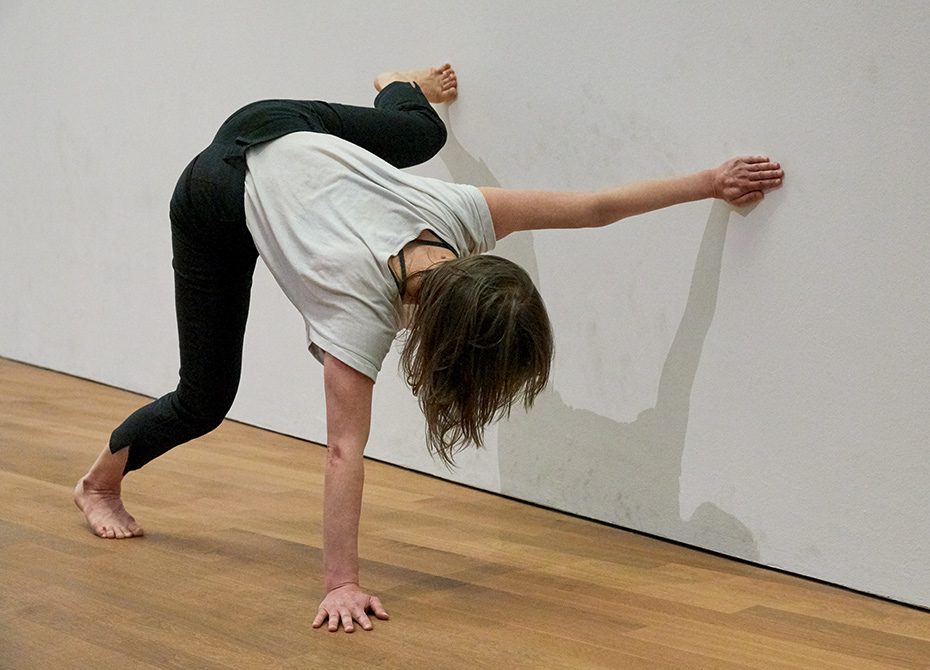 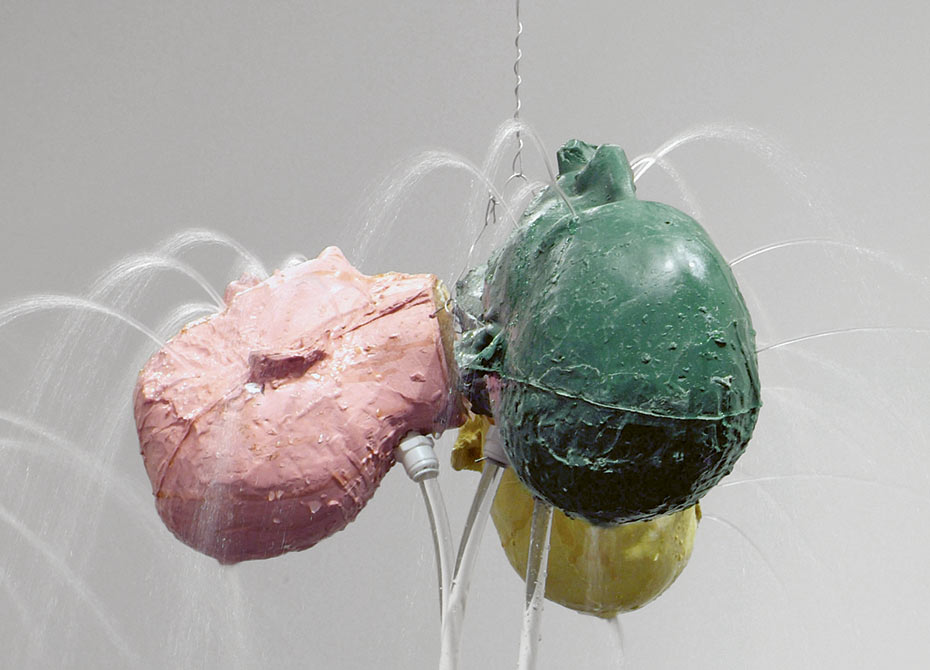 All rights reserved. Without permission reproduction and any other use of the work besides the individual and private consultation are forbidden. All works: © Bruce Nauman / 2018, ProLitteris, Zurich